Shiloh brings to mind a very popular children's book series by Phyllis Reynolds Naylor. Shiloh is a hunting beagle mistreated by his owner and rescued by a boy named Marty.
Shiloh is also a Civil War battlefield from 1862 in which 24,000 were killed, wounded, or gone missing.
Now Shiloh is a little girl born into pseudo-humble privilege in Africa.
I can only hope that these sequel titles won't ring true for her: Saving Shiloh and Shiloh Season.
Sneak preview the all-new Yahoo.com. It's not radically different. Just radically better.
So Churped the Cricket at 5/28/2006 09:53:00 AM 2 churps back

If it works for twins...

I can't help but to wonder if it helps for singletons, too, and the researchers weren't looking in their data for the recovering, lucky Infertile.

After ruling out the tripled occurance of twin births in the last 30 years as not being due of late to ART because of decreased numbers of embryos transferred, scientists now say that the presence of bovine growth hormone in our food supply may be the cause of increasing fraternal twinning.

In a recent study, it was "found that the omnivores and vegetarians were five times more likely to have fraternal twins than the vegans."

insulin-like growth factor, a protein released by the liver in response to growth hormone, may be the reason. Studies have shown that the protein increases ovulation and that it persists in the body after entering via digested food, particularly milk. Drinking a glass of milk a day over a 12-week period raised levels of the protein in the body by 10 percent. Vegan women, it turns out, have 13 percent lower concentrations of it in their blood.

Steinman observed in the May 6 issue of The Lancet that although the twinning rate in the U.K.--where bovine growth hormone is banned--rose by 16 percent between 1992 and 2001, it increased by 32 percent in the U.S., where the substance is not banned. Of the new work he says: "This study shows for the first time that the chance of having twins is affected both by heredity and environment or, in other words, by both nature and nurture."

So I must surmise, if some greedy bitches are getting double the kids from a daily glass of milk, why can't we Infertiles shoot for just one?

Have you been watching the Maine eagle cam with the two little eaglets? They are hilarious to see, all fumbly and fuzzy. And the scenery is beautiful, too. I've watched a number of times at different hours of the day, but never seen a parent.

It gets no better 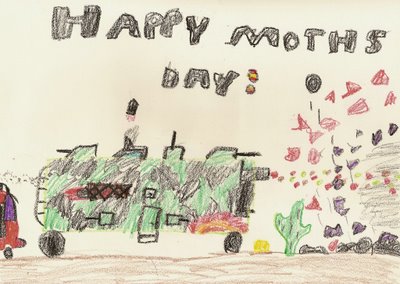 Julia of Uncommon Misconception and I have something in common. She writes, "Did you know that in my entire, illustrious career as a blogger I've never been "tagged" for a meme?"
Then she got creative, where I just got whiney. She created her own meme: write some stand up and post yours there.
Do us both a humorous favor. Post her some stand up and post a link here, too.
Talk is cheap. Use Yahoo! Messenger to make PC-to-Phone calls. Great rates starting at 1¢/min.
So Churped the Cricket at 5/08/2006 12:09:00 PM 2 churps back