There are so many ways to be sharp. Unfortunately, I wasn't so sharp yesterday when I was supposed to do this on the very word I chose. Taxes. Camping. Angela. Distracted.

Thanks for all the kind words, evil-e. I'm choosing laura b. for the word next week. Take it away!

This is my mother and son. My mother is acerbically sharp in personality. My son is sharp in intuition and brain power. His shark's tooth necklace is so sharp, he has to be careful how he wears it. 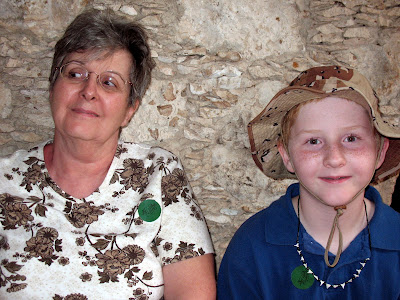 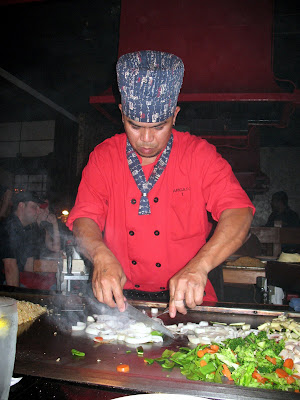 Her sharp teeth and claws are to be feared. 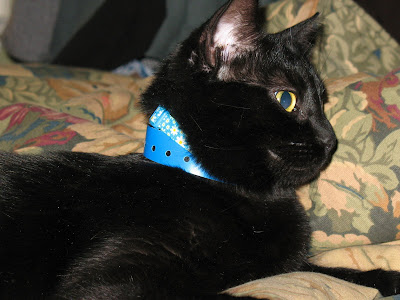 He looks kinda sharp, especially if you have a thing for men in uniforms.

This was braces at four weeks last August. Not only does that metal look sharp, his teeth sure looked sharp right away. I think that orthodontist is sharp and just wants us to pay for a couple years. Excuse the little boy brushing habits. Never a cavity, though. However, he has gotten much better. 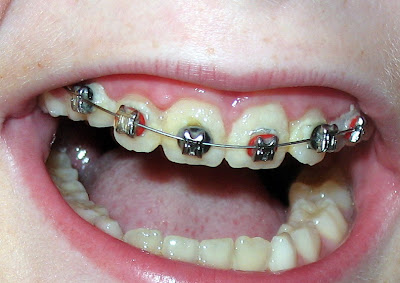 Ask Steve. These barbs are sharp. 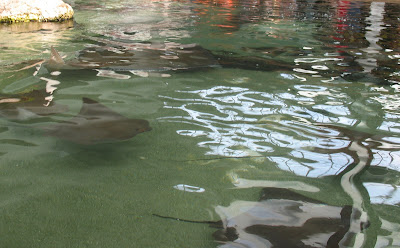 Not sharp. Not intended, but I like it anyway. Kind of perfect for the circus atmosphere. 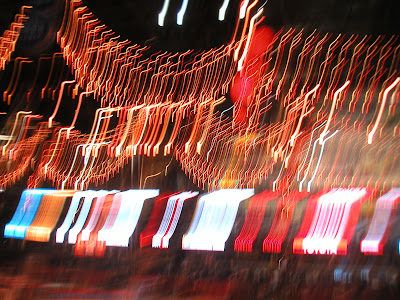 And lastly, a sharp turn, because one can't post too much model train bling. 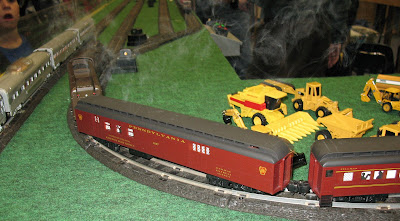 You did a lot with the word. I like the "circus atmosphere" shot. Trails on lights are always cool to look at.

You always do so many photos and that is a good thing.

e-e, thanks. I know a lot of people delete many digitals if they're not 'perfect,' but I keep many oddball ones. When my computer's hard drive died and then I got the pictures restored, I had one folder with something like 12K pictures in it. It's down to 9K as I have categorized and deleted. Add that to the rest I've taken and I have oodles of pictures to choose from. I appreciate that you started this activity, as it give me a place to use them.

Welcome, lv2scpbk. Glad to have you. I'll admit I played the braces; he has had almost no problems with them.

Awesome pictures.. I love the last one of the trains.. what scale are they? My hubby is into model railroading so he would like to know..

MHW, we went to a train show last year. Everything was divided up by room, but I don't remember which room this was in. Sorry-

You have covered sharp up and down! Great pictures. And thanks for the tag. I have a word in mind already :-)

I've never been to a Japanese steakhouse, but it looks exciting.