She's not a tiger and she is changing stripes. Apparently, female bettas compensate with wardrobe changes for what they lack in plumage.

When we got Janie, she had horizontal stripes and I think they were slimming on her axis. It's been less than two weeks since then. In the mean time, she would wear horizontal stripes during the day and vertical beginning in the evenings. I guess vertical is more formal attire.

The last few days, she's been vertical all the time, the sophisticate. She's also much darker, mostly a rich, sooty charcoal. Just to fool you, her blue comes out with the light and the flash, so it's not really accurate to how she usually looks.

Yes, I am a bit obsessed with our betta. No, I haven't a clue what any of this means. 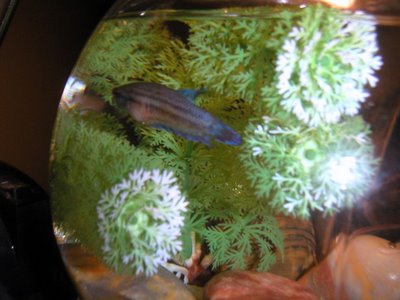 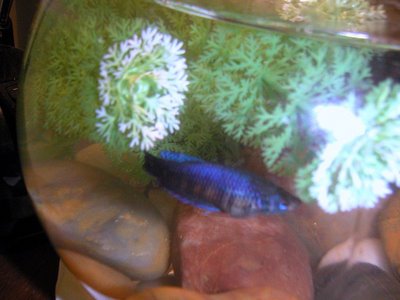