Before the ceremony two weeks ago, I asked Luke if he would come be the photographer. He said he would not. I told him I'd asked my son, but I wasn't exactly sure how that would pan out. Then I asked him, "You would rather I have no pictures than you come and take some." "Yes," he replied. He sat on his butt at home rather that 1) be helpful, 2) be supportive, 3) be in the same room as my ex husband (I guess?)

Little did I know that no pictures would actually be the case. My son did take some pictures before the ceremony began, but surprisingly ex, who is better to me than I let on, took over 60 pictures. Some were stellar, had they been clear. My camera's focus went kaput and not one single picture came out, as foretold by my conversation with Luke, the putz. Over the previous month, it'd had pictures here and there that were bad, but I'd thought it was the camera affected by the cold or something.

I desperately want another - I live to take pictures - but I just can't right now. I like a Canon that's about $175.

So here are a couple of fuzzy pictures from that night. Two have the purpose of showing off me after 30 lbs lost. I've gotten back on the wagon after my thyroid med has been adjusted upward enough to kick in some metabolism. 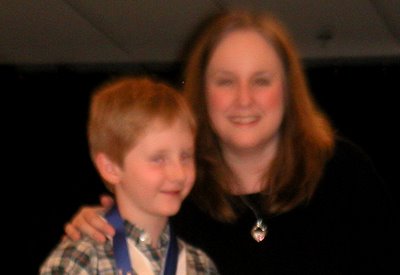 Good choice wearing black, but I do think I look loads better.

My hands are clammy over the following. Tonight is a gathering with the potential for having to see Luke. I hope not. He is a spineless little man, but he made me out to be crazy and asked that I not come up to him at gatherings and embarrass him. He thinks a bit too highly of himself, as I told him, but it makes me want to throw a drink in his face all the more. I wish he had believed me when I broke up with him the first or second time; when he called me after the third time, I screamed like a banshee so as to convince him that I don't want him in my life, that factors existed well before I got drunk and blew off steam an hour from home. Heh, he had the gall to ask then why I didn't take care of things before that night and I replied that I had already broken up with him twice and he kept calling! That said, it was easier to make me out as stalkery, even though I've done nothing to deserve his angst, except get frustrated enough to deservedly yell at him.

I wish he had never been. And I am a bit nervous about potentially seeing him tonight. I want to go, am usually good at pushing myself, but I don't want to hurt myself in the process.

Ah man, if only you could twirl that "Focus" knob, that would be a great picture!
Even so, it shows that you look great! no wonder guys like Luke have to be yelled at to Get It Through Their Heads that you are DONE w/'em!!!

Awww... too bad your camera crapped out on you. I don't know what people did without digital cameras. To think that we used to have to pay for each picture to be developed before we could even them!

I hope you don't run into Luke, but if you do - just remember how great you look and how he can't have you anymore.

Sorry about the camera, I should just send you the one I bought for the family for Christmas that I think has two pictures of the cats on it. It collects dust nicely though. ;)
Have fun tonight! So jealous that you know people to go out with. I need to get a freaking life already. As for Luke, he has turned into quite the little twit, hasn't he? I know it will be hard but do try to have fun and ignore the witless little twit. Just keep telling yourself it is HIS loss, not yours.

I think you look wonderful! (Even if you're blurry.)

Good luck tonight. I hope it all goes well and you have a good time.

We are huge photography buffs as well and the digital camera has been our down-fall.

I have a Canon EOS from years ago that never seems to fail me. My backup during the summer are the disposable cameras since I like X to take pictures.

I think you look awesome and I think Luke is a royal twat.

You look great. Have fun tonight, and flaunt it!