My Greek grandfather, not known for his sweetness, had many other talents, one of which was automotive repair. He bought and restored an old 1919 fire engine in his spare time. Extra time, ha! They owned two businesses. And he had a full time job being cranky and chasing mood swings. That's what I got from him.

I remember visiting them in their tourist town. We had to get up at 0:dark:30 one morning for him to go get the illegal, unregistered fire engine out of storage to give us a ride before the police were awake. It was so very cold even though it was late summer; they were so far north.

I waited on the porch with my younger sister, grandmother, and great grandmother for Papou to bring over the fire truck. I was barely 8, but I was nearly as tall as my grandmothers. They didn't want to take the time to change, so we went in our jammies.

I could tell it was a proud moment for him. Very sweet, showing off his baby. When we were done with the ride, he even flipped the siren and I'm sure he was considered very sweet by his neighbors, too. 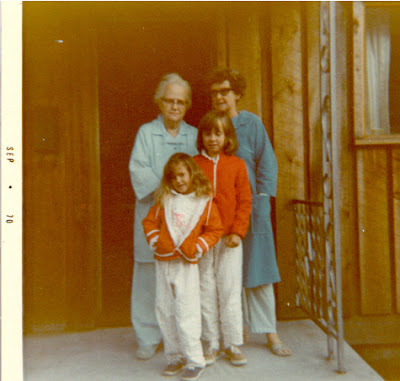 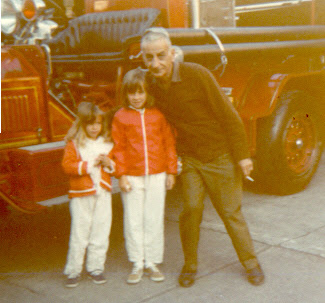 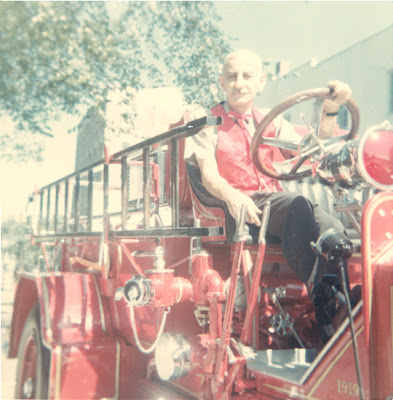 Loved all the pictures, Cricket!

That is a very nice take on the word. I am sure there are many more sweet memories you could have shared.

I love those pictures! I especially love the look on your face in the first one.

My "poppop" was a retired firefighter, but I never got to ride in a fire truck. He did however take me to his old firehouse for a Christmas party every year. He died when I was nine. :(

Awesome. I, too have the sweet ones on my post.

BTW, I'm tagging you for the next word. :D

Those are wonderful photos and very sweet memories. I had my grandparents for a long time too and felt lucky.
Can't wait to see what word you choose!

That fire engine looks pretty sweet. Good job with the photos and a good choice for next week's word.