Ah-ha brings to mind both negative and positive connotations. Because of my rather PMS-y mood, I'll cover the "gotcha version" first and the "discovery version" second.

This was the biggest ah-ha in my life and it wasn't pleasant. Granted, I didn't take these pictures, but I know who probably did. For my newer readers, this was my fiance. He was less greasy and didn't have a mullet when he was with just me. Turns out, he was cheating on me the last six months of our relationship/engagement, then immediately moved in with her and married her four months later. I found out a few months after that. I called and confronted him. I had put up with a lot of crap with his teenaged daughter during my 2.5 years with him. I am better off without him, but I am still pissed at how it went down and how it affects relationships in the future. "Ah-ha! My trust is gone."

Although I can be raw and crass, I have entirely too much class of the likes of them. I am more of a belle than a redneck, not what he needed. "Ah-ha, I caught you, you scumbag! May you die a painful death a thousand times over." 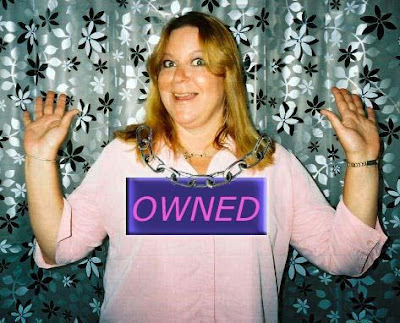 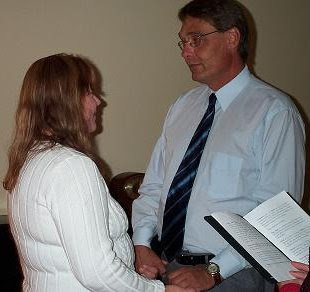 See the tie? I bought it for him. Quel audacity! 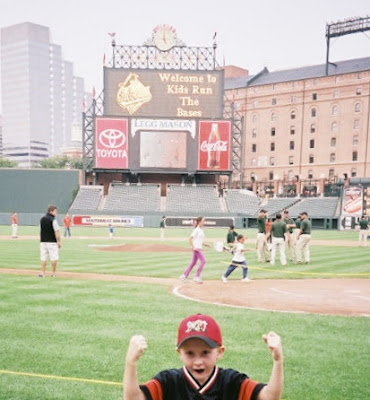 This is J after running the bases. You can see how jacked he was. "Ah-ha! I can go where the Major Leaguers go!" 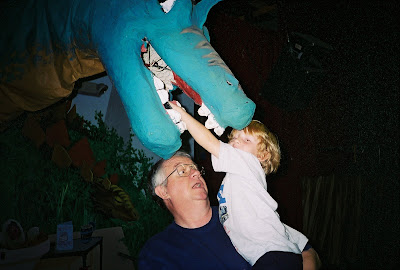 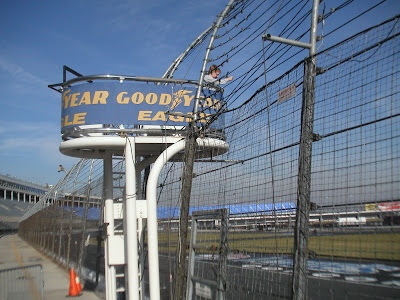 I remember when you posted that "owned" picture the first time, and my reaction is the same this time around. I just can't imagine what kind of person would pose for a picture like that. Trash.

She is the epitome of what I think of when I hear the term "Butcher Holler" - as referred to backwoods and backwards Tennessee.

No offense meant to anyone.

Those are very good.

I have e real soft spot for little kids and baseball, that picture is excellent. I did a post back in March with me, my dad, and my brother (AlienCG)on the field at the former Jacob's Field (Progressive Field now). I was like a little kid that day.

That is Camden Yards, right?

nice scope on the phrase for the week.

The good, the bad and the ugly. heh.

The baby goats in the previous post are sort of non-caloric salve, aren't they?

Karen,
She's posed in front of a shower curtain the very day that her 16 yo daughter got stinking drunk and puked all over it that evening. It was thier first Thanksgiving, only married a month. Butcher Holler is right. He chose someone whose daughter was even worse than his own, part of his goal, I think.

e-e,
It is Camden Yards. We love it there. Looking forward to RFK's replacement soon. J played baseball for about four years, then lost interest, but we still love the sport.

Thanks not. Good, bad, ugly- you're right. Baby goats soothe the soul.

e-e, forgot to say the other sports pic is Lowe's in Charlotte.

Creative use of the word! I'm very sorry to hear about what he did, though.

I love that photo of the blue dino/dragon!

Do you think that is what they had in common?
The crazy, out of control daughters that neither is going to do anything about to correct.
You tried to help his, but he did not or would not help his own daughter, I remember that.
Really bad influence for J to be around and growing up with.
As I said before, P has no balls to let things end that way with you.
You deserve much better than him.

Great Ah ha pictures! My favorite is definitely the picture of J all excited...so cute.