Today, J and I go back out camping. I'd planned on leaving tomorrow, but we'll catch better weather going early. I'll decide later about sticking it out through the 30% chance of thunderstorms for a few days.

Went to a sporting goods place yesterday afternoon and loaded up some more - finally got a camp fire grill and an iron for cooking sandwiches and pies. I don't know how much more my little car can hold. I did nix a big purchase: an inflatable two man canoe I coveted. I had a hard time managing the box; I couldn't fathom largely manipulating it on my own once inflated. It was $140 down to a mere $80, so it was quite tempting. However, it didn't come with paddles and the el cheapo ones were still $40 each; I couldn't see paying over $160 for some stuff that would usurp so much room in the car while being tough to handle and simultaneously delicate.

I'm still on a hunt for the one man inflatable kayak I saw before that seemed as manageable as a regular pool lounger.

Just to remind you, this is what you're missing. 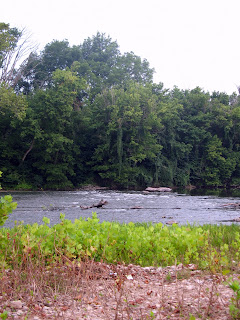 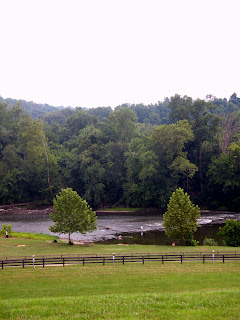 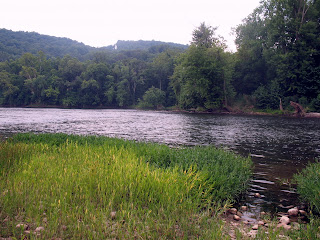 Loving your pictures (photographic and painted/artistic). Somewhat envy your camping trips and outings. At least you have the option of travelling in a canoe/kayak. Down here in my neck of the woods, there have been a few days recently, where a canoe would have been a decent way to travel...downtown. Heh.

man, I wish I could come go with you.

I am scared of water, so I am not much the boat person. It looks very pretty and peaceful though.

Geez, Louise, if only we were closer!
[Wheels turning]

Enjoy your camping trip and the weekend! Embrace it before Summer winds down.