Because he's so handsome 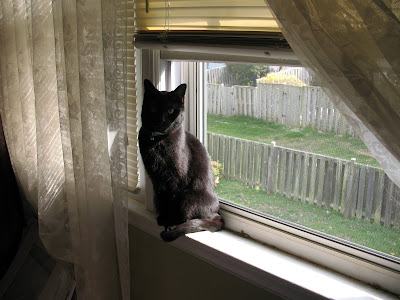 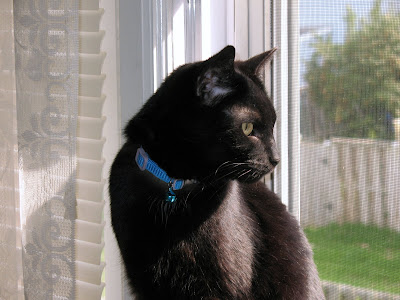 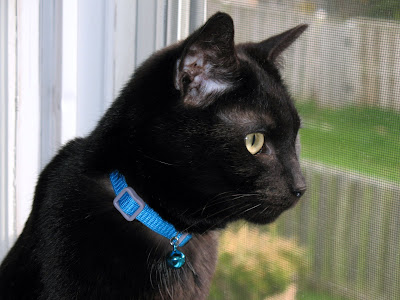 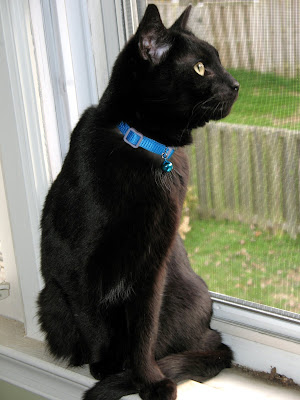 What a beautiful cat. I am so jealous. I'm a cat person, married to someone who has a terrible cat allergy. :-(

Give him a little scratch behind the ears from me.

He looks very calm and content so he must be settling in very nicely. There's certainly an advantage to introducing kitty to a new house during Spring. You can coax them out of hiding by just opening a window.

Okay, this cat does not coax out for shit. I am realizing and accepting that. He runs the show.

I made sure he was up all day yesterday so that he'd sleep at night instead of play, which was relatively successful, except I was awake all night not hearing him. Hmmm, something wrong with that picture!

I heard him eat twice and sharpen nails once. The latter was on a box, so I was glad for his choice.

However, J got out of bed early to go play with the cat and he was nowhere to be found.

He got shots and stuff yesterday, was a champ. Really took it all in stride. The vet felt like he might even be older than 6 yrs. He sure doesn't act like it.

I keep thinking, with some guilt, that he was Somebody's cat; he came from Ohio.

Well, we're taking good care of him, Somebody Buckeye.

Yes, he is handsome!