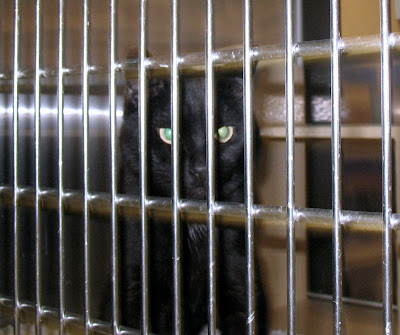 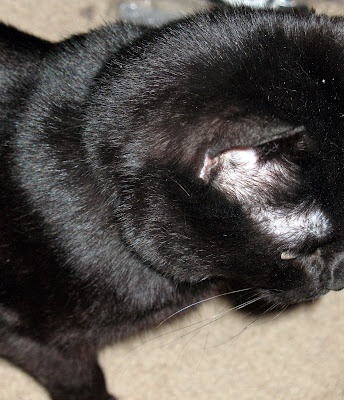 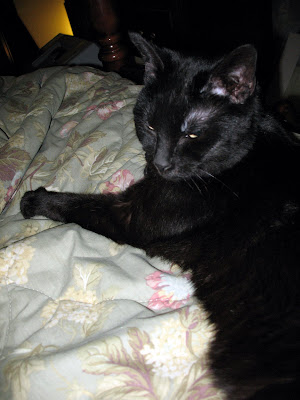 Contentment
Mem.phis was on to the red indicator and the flash of the camera right away. I got two pictures in the pet store with his eyes open, then none again.

It took almost eight hours, but Mem.phis decided he was comfortable last night around 10. Feeling safe, he came up from downstairs, where I wasn't sure of his hiding place, and scooted under my bed again. I sat by him and talked to him. Within a minute or two, he leapt at my hand to pet him and that was all she wrote. He throws himself into being petted, pacing and purring so loudly you can hear him across the room.

Like any new baby, he kept me up all night.

When I told ex, he reminded me what he did with Jell0. If he caught him sleeping during the day, he'd squirt him with a squirt gun. I don't want to resort to that, but I will.

He's eaten and used the litter box, so I think he'll be a good house cat.

His only real misbehaving is with his fascination for Janie Betta. The one time I dozed off last night, I woke to find his head in her bowl. At least he wasn't wet yet. Janie was frightened to death and is now sleeping under a rocky ledge on the bottom, darting quickly to the top to breath. I put a knee high stocking over the lip of the bowl, even used a light colored one, but the bowl is darker and I'm sure it'll be cooler. May need another solution.

I emailed J at his dad's and followed up with a call, but haven't heard back. I thought it would be good to do this while he was away, just so the cat would be bothered less. As it is, I think the cat likes being bothered. They'll be great together, although Memph does like playing hard. It's fun having a younger cat around; I am doubting that he's six.

This would have definitely brought out the inner bitch in Sad!e, but she'll always be Queen. Now we have our jester.

Congrats on your new family member!

Congrats on the new kitty!