This is an easy one for pulling examples from my archives, but it makes it exceedingly hard with all the variety of pictures I have.

I'm going to focus on animals this month, more specifically a zoo with a petting zoo we visited a few weeks ago. On this particular weekend, I took 685 pictures. I will attempt to whittle that down somehow for all our sakes.

Don't let the sweet face fool ya. This animal was a butthead. 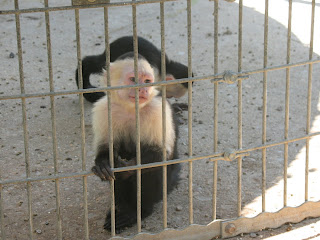 There were three baby camels. Or where they camelettes? This one, who was so fresh as to have the umbilical cord still hanging from his belly, took a liking to J's hat and would follow him around, wanting to suckle. 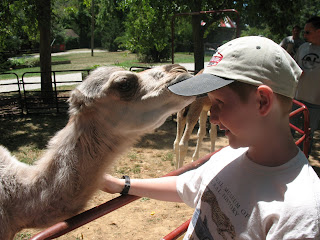 I risked a peck to get the ostrich photos. They had brilliant blue eyes. Eyes were my feature of the weekend, so I'll focus on them soon. 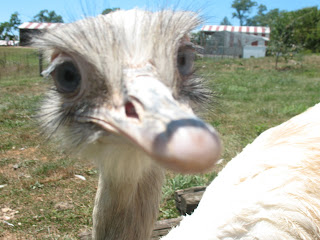 These were like donkeys, but had exotic markings, and they peacefully strolled the grounds together. I took a naughty shot of the other one, as he let his manhood blow in the breeze. I could not help it. And noticed other women taking pictures of the same. 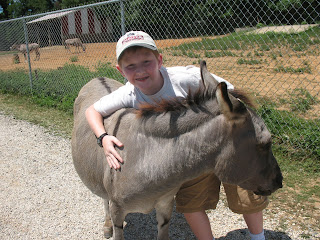 I would take this bird home and snuffle it up in bed to sleep with it. This guy was so accustomed to people, friendly, and loved to get scratched. 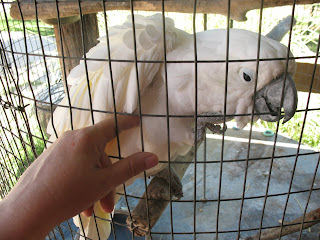 The llamas were very friendly and they especially enjoyed the petting zoo feed. 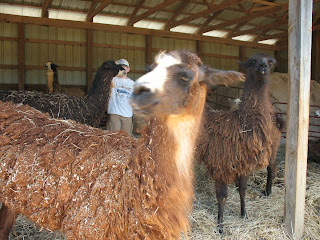 There were three adult tigers. This one's blue eyes were piercing. I would not want to snuggle up to him. 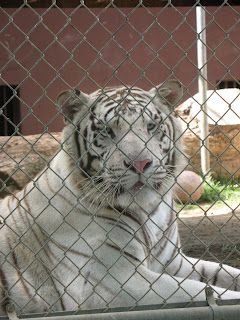 The tiger cubs were a different story. They were hilarious to watch and so noisy as they tried to sound tough. We even paid to have our picture taken with one, but I haven't scanned the picture yet. 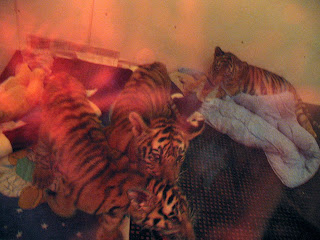 This giraffe was tall enough to reach over the fence. J later fed the other one through the links. 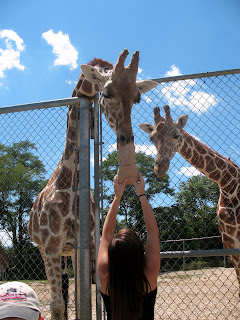 This guy looked like he'd declare, "Bock! Bock!" and proceed to pluck your eyes out. 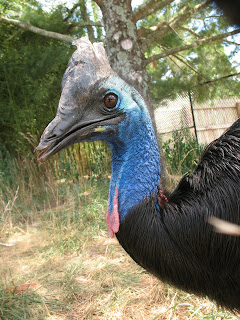 Hope you enjoyed the animal pictures. Many were wild animals that didn't act so wild. It was a great experience to meet so many animals up close.
So Churped the Cricket at 8/23/2008 07:47:00 AM

you always put up a lot of photos for the hunt....stellar work once again

I like the little camel, but now I want a smoke (my brand of choice).

Why would you not want to snuggle with the tiger, you like cats...

I had the same problem, too much to choose from. I just went through my albums and started pulling out photos.

Loves the pictures! I heart animals.

Heh heh - just so happens we are going out to Fossil Rim this afternoon on our last "free" weekend before school starts...
I pledge to keep wrestling w/my camera!

I think I read somewhere that an ostrich eyeball was as big as its brain.

That is a very brave shot of an ostrich, I've heard they can be aggressive.

Great animal pics. What a variety.

You're right about butthead monkey, he has a deceptively adorable face. When i saw him, I was all, "Aww! how cute!" and then you were all, "Don't trust that son of a monkey!" And I was all, "Oh dear!" :)

And I really like the giraffe shot. Interspecies sharing is cute. : )

nice shots all around!

k_sra, thanks so much for coming by. Looking forward to your contributions to the hunt.