We are Siamese, if you please

We are Siamese, if you don't please.

Besides the body of work by Jiminy Cricket, those singing Siamese hold the special place of being my favorite Disney, bitches that they were.

I took some pictures of some Siamese today for a commission of sorts - it's a gift back for services received. She has two Siamese boys, the first with eyes so crossed it is pathetic. And cute in a perverse way. 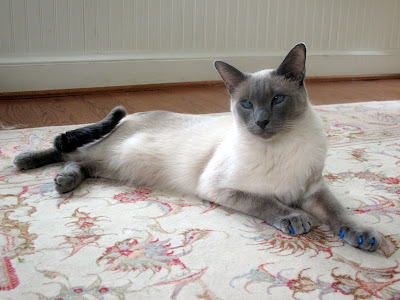 (click to enlarge and see his crossed and vivid blue eyes)

How do you like those nails? His are blue and the other's pink. I don't think I'll paint them.

On the left below, the second has grayer eyes and is a little darker even if he is younger. His eyes are definitely crossed, but a little less so.

My client didn't expect the shy second cat to even come out, so she'd anticipated pictures and a portrait of just one cat. She said #2 was flirting with me, to use her phrase. This was the best picture I got of them together, but I wasn't quite satisfied. 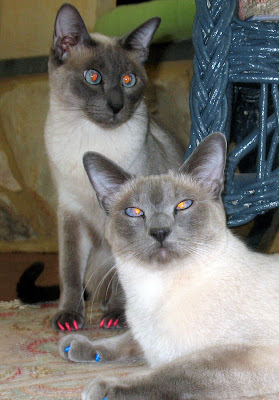 After printing and fiddling, this is what I've compiled out of pieces and parts. I used the ear of #1 in the reference for the placement next to #2's body. How does it look to you? Proportional? Realistic? 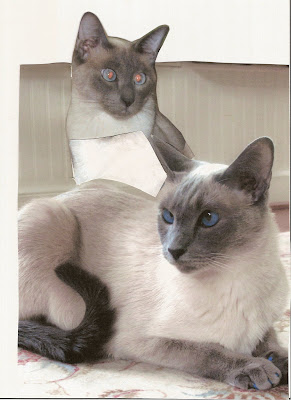 Thanks for your input.... 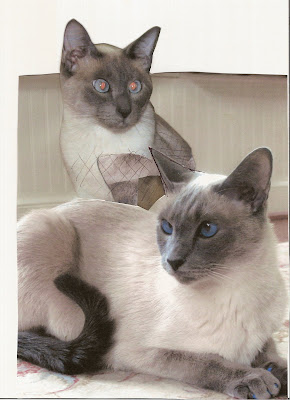 ETA: Here is another version. #2 in the back is bigger with a better angle. He's also a little lower. I like it better, although I need to extend the back farther to the right. Thanks for your input, Klynn. I want to make a grid and basically do a 1:1 translation of them. I've not done two on one page before, so I really want to get them placed correctly preliminarily. Besides that, once they're done and I get the lighting unified, it'll make a big difference in cohesion. The front has light from the rear and the back is from the right. I hope I can make that work better. 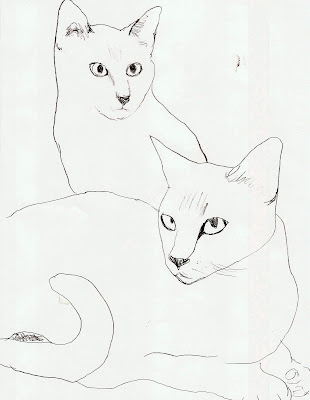 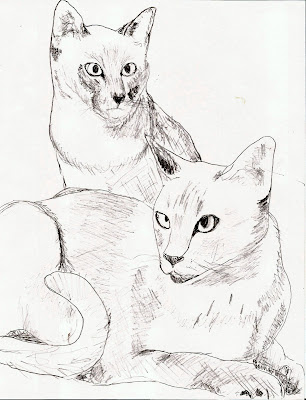 Values sketch (modified since)
It'll be cool having #2's ears with the sun shining through.
Here are more of them, the rest of the non-blurry ones. 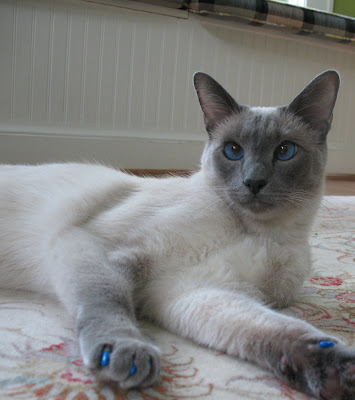 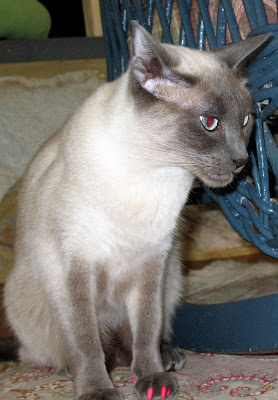 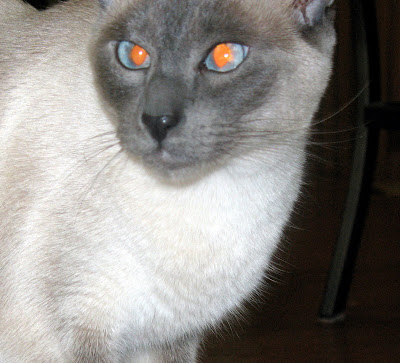 Ok, so I'm no artist, but I do have an eye for size and proportion. I do draw (mostly straight, engineering-type lines) for a living, though. Heh, I'm not an artist, but I play one at work.

Anyway, here are my observations:

First (older) kitty looks a tiny bit big in relation to the second (young) kitty behind him in the composite photo. Also, after seeing the first two photos of the older kitty, the image of him in the composite photo doesn't show the extent that his eyes are crossed. That may be intentional, though. I wish you could have gotten a better shot of the second kitty, even though he's shy. The pose he's striking in the photo makes his snout look kinda smooshed. I have a feeling he's a beautiful kitty, and that might not have optimally captured his features.

All that said, it's just a photo guide for your artwork. You've seen the kitties in person, and may be able to adjust the proportions, and the expressions of the kitties to make a wonderful portrait. I'd love to see the finished piece. I'm sure it will be beautiful.

I love condensing pictures and I didn't look at the picture well enough when I uploaded it. Looking at an 8.5x11 version, it's harder to see the back one is too small. Looking at the condensed composite, it is so obvious. Thanks for pointing it out. I actually have a larger one I rejected and will upload that scan and others.

Oh, wow. Those line drawings are awesome. You really captured them, and the proportions are beautiful, now. Still waiting impaitently to see the finished product. Man I wish I had that much talent.

Please don't be too iimpressed. I traced to get the drawings. It's a common thing to do.

The next trick is transferring. You poke litle holes in the paper around the pencil lines, then work some pastel in the holes and then paint dot-to-dot. Or you make some carbon paper (apply pencil in side strokes to rub off lead - takes a long time) then trace the top through the carbon to the bottom.

Not sure which I'll do.