I got a call Friday evening. (Yes, I am so pathetic as to recieve a call at home on a Friday evening.) It was a political call, asking if I planned to vote on Tuesday. I said I would be, so then she asked who I planned to vote for and we found we agreed politically. Of course, her next question was about me volunteering Sunday, Monday, or Tuesday for an hour. I said to put me down for Monday morning, then she got my email address so they could follow up. She said it might be handing out flyers at a shopping center, placing calls, or a few other things.

Saturday and Sunday, I checked email looking for instructions. I even went through the junk mail box. By Monday morning, when there was no word, I figured they didn't need me.

Wonder of all wonders, I got a call Monday night, confirming me for phone bank duty Tuesday 9-12. I told him it was news to me and I explained what had happened already. I told him I could not do it on Tuesday and he came back with a plea for how much they needed volunteers, but I declined.

I wasn't doing anything Tuesday morning. I was just pissy, not wanting to be around people, not liking the change, and definitely not wanting to deal with my nemesis, the phone. So, it was best I declined, although I'd have felt very guilty if the candidate had lost. Instead, it was a landslide and they didn't need my cranky ass anyway. 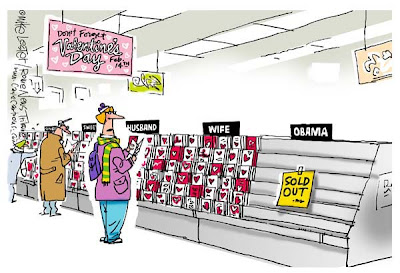 I've been equally unpleasant, but without the PMS.

i was in a mood yesterday, too. i wonder if it's contagious.

I don't blame you, I wouldn't like dealing with those people on the phone either.

Dude. The PMS has hit me. HARD. I guess that's what happens when you get your first period in 7 months. o_O

I'd have been pissed that they called to tell me my "assignment" with such short notice, especially if I had already given them a day I was available. And if they had told me I had phone duty? I'd have puked all over their phone, just to show them that I do not like phones. And maybe the irrational panic that would set in.

Do not feel guilty.
Sounds like they made the mistake anyway.
They are doing just fine anyway.

I hate that. They're asking you to volunteer, and then they mess up the information. Dopes.