Hold up your thumb. It represents the Yucatan Peninsula. Now look at the upper corners of your thumb nail. The top right represents Cozumel and faces the Caribbean Sea. The top left represents Progreso, a lesser know port which faces the Gulf of Mexico.

Progreso has a pier that is five miles long. It's actually more like a causeway to nowhere. Fingers extend from it and one near the base is where our ship parked. I regret not seeing the whole pier.

The day in Progreso was overcast and it even rained a bit. It didn't dampen my spirits, as I love to see ruins.

We first went to Dzibichaltun ruins about 25 minutes from the port. They had a spectacular museum and it translates to be “The Place where there is Writing on the Stones.” 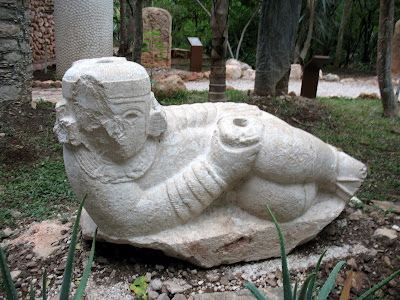 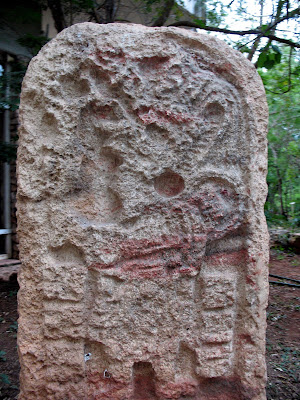 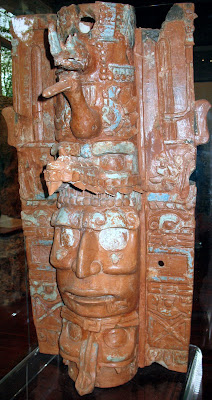 (Sorry about the flash, Mr. Museum Man. Canons think they're smarter then we [I?] are and there's no way to simply turn off the flash.)

The latter is the style of souvenir I love to buy. I find the Mayan elements very interesting - bought a circular Mayan calendar in Belize and tiny rock figures before in Roatan. This time I bought a wall-mounted pottery mask for myself with this flavor. Also bought J's step brother a similar 3D wooden plaque. And Norma's son got a stone one as a necklace. Here's somebody else's video showing the grounds beyond the museum, which actually are more impressive than this shows.

Here's a borrowed picture of the main structure, Temple Of The Seven Dolls, which is down the road from the videoed plaza:

A statue of this is what J bought his dad. Shhhh, but ex said he'd have loved a large wooden mask plaque like step brother got.

Our tour guide calling them Mayan Barbies, these are the seven dolls excavated from the temple: 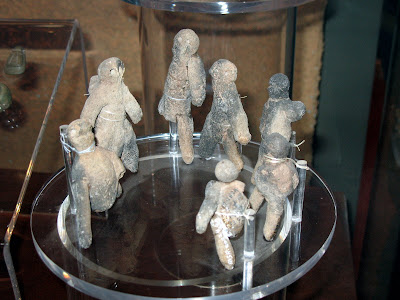 The sun shines at 5:45am through the door of the temple on the Vernal Equinox, which was March 21. We were there the day before and, when added to the day after, you get a special time of the year for the Mayans and ruins viewing. We were there mid morning, so we missed the show. Plus it was overcast. Interesting, the winter sun shines through the left window and the summer through the right. Those Mayans were incredible engineers and this temple makes this site very important, even if it isn't the most showy.

Next to the plaza, there is a cenote called Xlaca. In this area of the Yucatan, there are lots of sink holes that fill with water. Although I'd read ahead of time that this cenote was open to swimming and snorkeling, there was a barrier up around the perimeter. It is so pretty, though, with the color and water lilies. 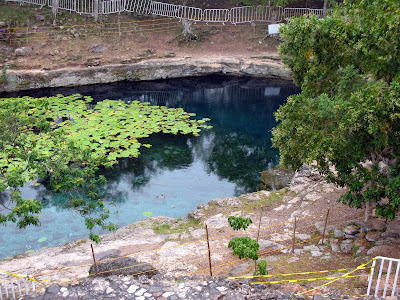 Here are a few more pictures I took of the plaza. The first is climbing up to see the cenote to the left and to offer vantage for the other views. For the Mayans to be such tiny people, they sure did make each step very tall. 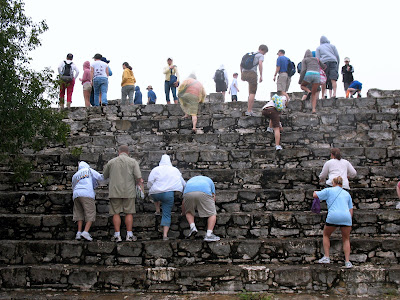 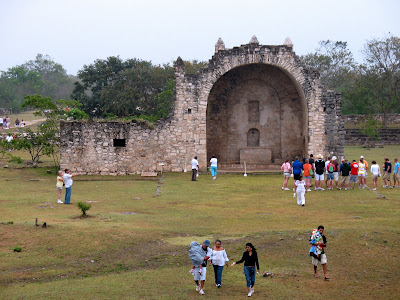 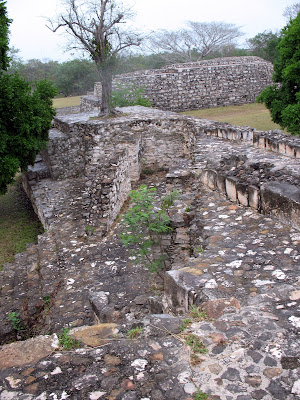 From here we went to Rancho Tierra Bonita, where we had lunch and saw a horse show. 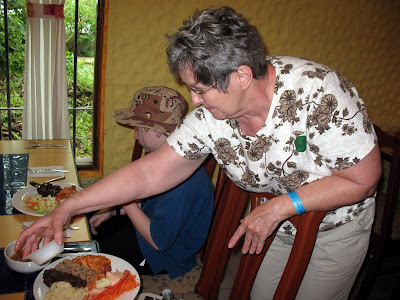 There was also shopping, singing, and dancing. J loves his wordburned wallet he got, the front with a Mayan figure, the back with his name. This video is of traditional Mayan dance and dress. 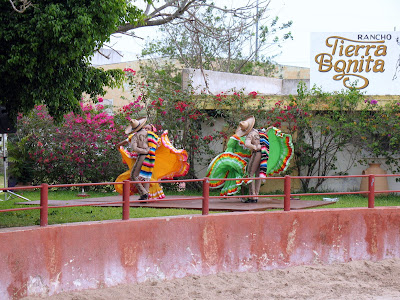 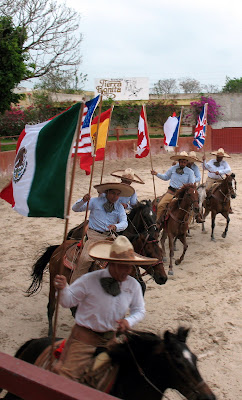 There were lots of rope tricks: 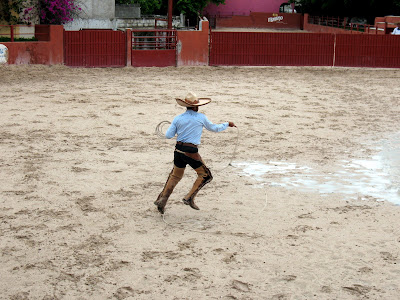 This guy stood on his horse, lassoed the passing horse, and plopped back into his saddle before the escaping horse carried him away. 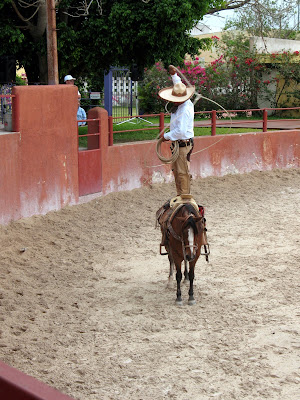 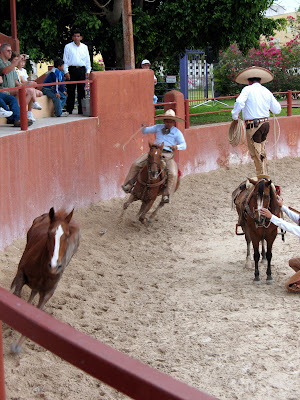 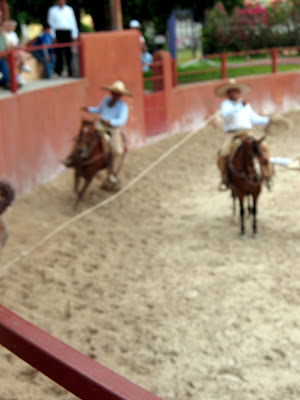 At the end, my son got a short ride, too. 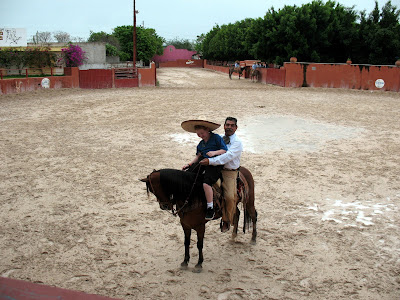 It was a flat, wooden horn that was pretty uncomfortable. But still, a horse ride!

Cricket,
Just wanted to let you know, I am going back and catching up...your photographs are wonderful...thanks for sharing...